Thanks for joining us for another Racing Line, and we hope you’re all happy and healthy. It’s been a frantic few weeks for the Codemasters team, plugging away through heatwaves and thunderstorms to keep pushing forward on multiple racing titles. But that we have done, and the result is another plethora of details to get you caught up on.

I know we say this every week, but this latest fortnightly update on Codemasters news and reveals is absolutely stacked. New game content, multiple esports announcements and a major reveal for another upcoming game. That’s just the start of it, so kick back and enjoy another Racing Line, beginning with big news for F1 fans…

Welcome to this week’s Racing Line! We’ve got a lot to run through today, so let’s get started!

Last week, we released a brand new DLC pack in support of the Keep Fighting Foundation, inspired by Michael Schumacher. Proceeds will go towards the Keep Fighting Foundation, so now you can look good on track and raise money for a truly worthwhile cause. Learn more about our Michael Schumacher-inspired livery, podium emote, gloves, suit and badge here.

The Keep Fighting DLC wasn’t all we released, and you can find out more about our latest patch in our patch notes.

We’ve missed it. You’ve missed it. And last week we confirmed it: the brand new F1 Esports Series presented by Aramco is here, with a cash prize fund of… wait for it… $750,000 (we can confirm that isn’t a typo!).

The F1 Esports Series presented by Aramco gets started on the 27th August with the Pro Draft Reveal Show, where teams will announce their 2020 line-ups. After that, we’ll be getting into the Pro Series, where the action will be hotting up – 12 races, full qualifying and a 35% race distance – you won’t want to miss a minute!

Find out more at f1esports.com.

Want to give F1® 2020 a try? You can play it right now for free on Xbox One! Be the 11th team, take on your friends with two-player split-screen and plenty more in F1® 2020. If you’re just learning the ropes, you might find our Beginner’s Guides useful – take a look at our playlist below:

Ready to go? For this one, lend us your ears, as well as your eyes…

You’ve probably noticed that we’re making a big deal about the vibe of DIRT 5 – how all elements of the game fit together to create a style and culture that you’ll experience. Music is a massive part of all of that, which is why we were thrilled to reveal the huge soundtrack coming to DIRT 5.

Over 40 artists come to the series’ biggest ever song list, including superstars like Stormzy and The Chemical Brothers, new hot acts like Sports Team and The Mysterines, throwbacks like New Found Glory and Tesla, and so much more. All news on the DIRT 5 soundtrack is here, with more exclusive tracks yet to be revealed, and an official soundtrack release in the works!

Following that, we marked World Photography Day earlier this week by going in-depth on a big DIRT 5 feature: photo mode. Taking the already-superb setup used by the Codemasters Cheshire team in previous games, DIRT 5’s photo mode gives you the tools, freedom and simplicity to capture all of your greatest moments in stunning detail. Check out this thread for all the deets.

Some housekeeping and PSAs for you: on Monday August 24, make sure to sign up and tune into the Ukie UK Game of the Show event, in which DIRT 5 is nominated! Come along and show your support, with the #GOTS winner going forward to EuroPlay awards later this year. Last up, check out our official Discord server, which over the last few months has become a brilliant space for fans to hang out, chat with me and the team, and get a first look at some exclusive content drops.

Before we wrap up, a quick reminder that despite everything we’ve just dished out, this month’s key focus is yet to be revealed. We’ve been building towards something special and are almost ready to tell all. You won’t want to miss this…

Hey everyone, PJ here with your regular Rally update once again.

After the great success of the 2019 season, the DiRT Rally 2.0 World Series is back – bigger and better.

You can catch the full announcement here but in summary:
• $20,000 total prize pool
• Rallycross winner gets to drive a real-live QEV electric Rallycross car
• All entrants get a free car in the 1.16 update
• Sporting Regulations
• Terms & Conditions

Qualifiers start on August 25, and if you take part, you’ll have brand-new Ford Fiesta R5 MKII waiting for you in early October. Keep an eye on our YouTube channel over the coming weeks, as we’ll be sharing high-speed on-board runs of every Qualifier, which you can use as reference for when you take on the world.

Coinciding with the World Series announcement was the release of the Version 1.15 update, adding the Qualifiers and a little surprise into DiRT Rally 2.0. For the Ford Fiesta R5 already in the game (the MKI) a new Royal Air Force livery has been released, and is free for all players. Did you know that the RAF have their own rally team? They compete in events all around the UK and have a rather nice SUBARU Impreza to hoon about in, too.

Other highlights include a few car fixes, as well as some much-requested performance improvements to Scotland. This Scotland update (like all location updates) necessitated a full re-download of its location assets, which explains why your update was around 10 GB. Full patch notes are here.

Earlier this week I published this blog post, detailing some updates to where you get your DiRT Rally 2.0 news. You can check it out for the (slightly technical) details but essentially, future DiRT Rally 2.0 articles will be posted on the DiRT Rally 2.0 website instead of the Codies Blog. Naturally, the round-up will still be in the Racing Line, and we’re all over @dirtgame too, sharing it with the excellent DIRT 5.

In the meantime, here are a few things to get you started, make sure to add the site to your bookmarks:

That’s it from me this time, good luck out there in the World Series Qualifiers. 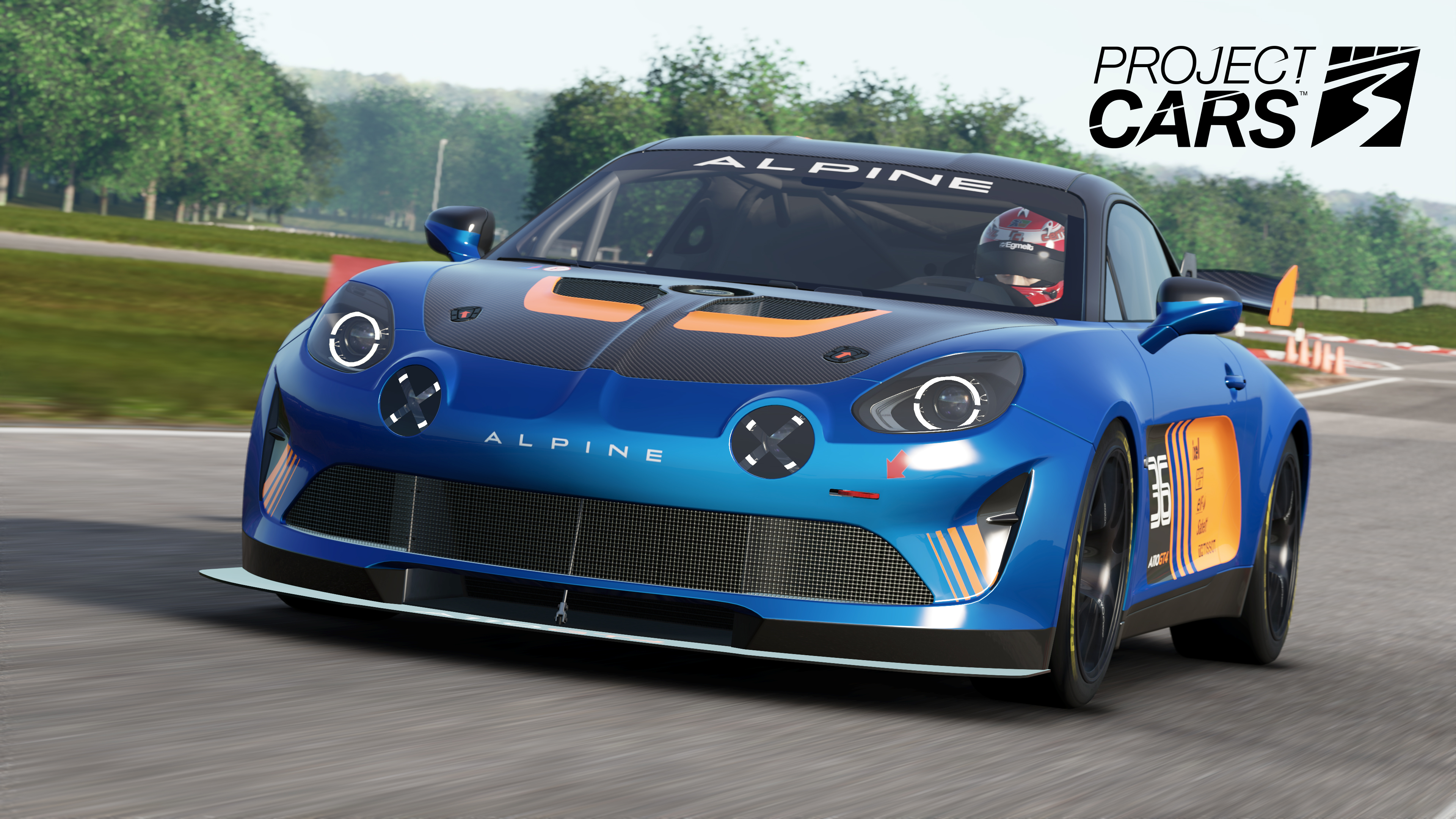 Hello fellow racers – we’re back again to update you all on the latest news about Project CARS 3, and things are definitely heating up now, with fewer days to launch than I have fingers on my hands!

It’s now been just over three months since Project CARS 3 was revealed with the announcement trailer. Since then, we’ve published multiple posts in our blog that dive into the minds of the dev team and which give you insights into the design and physics, handling, and upgrades. Be sure to also check out the PlayStation Blog for a more comprehensive look at the all-new career mode, as well as the latest trailer showcasing some of the environments and features Project CARS 3 has to offer.

And going back to the fingers on my hand – you don’t have that much longer to wait before you can get Project CARS 3 into your own hands, as it races onto PS4, Xbox One, and PC in just nine days. That’s right: nine days until the start of your ultimate driver journey!

If you can’t wait that long, I’ve got some more good news! Pre-order the Deluxe Edition right now, and get three days early access, along with the Season Pass and the Ignition Pack, which kick-starts your experience with multiple customisation items both for your driver avatar and your car:

A quick update on the F1® Mobile Racing side of things, as we continue to stay as full-speed-ahead as the real-world season!

Our featured GP Event that replicates much of the revised 2020 F1® calendar is already seeing some fierce competition at the top of the leaderboards. Make sure you jump in and participate alongside the real-world action, against the globe, to be in with a chance of winning some huge in-game rewards.

Finally, we’ve continued the roll-out of 2020 content by adding Hanoi Circuit to both Duel and Single modes, available to all players in League 3 and above. Previously only available in GP Events, the Vietnam track is now in all modes, so get racing and rank up to League 3 to access it!

Who recognises this old Codemasters logo? Remember your first kickabout on Sensible Soccer back in the 90s? We’ve partnered with Squared Seven for a short run of t-shirts featuring two iconic designs from our past. Better yet, proceeds from the sales of each shirt go to gaming mental health charity Safe In Our World. You can pick up both shirts now but don’t hang about – they won’t be around forever!