SpecialEffect are massively grateful to the Humble community who supported the Yogscast bundle recently and this week for the amazing support with the Codemasters bundle. We would just like to share with you the life changing difference your purchases mean to gamers like Callum and Addison.

Callum suffered a spinal injury as a result of a BMX accident, leaving him paralysed from the shoulders down.

Unable to use his hands, he’d given up the hope of ever being able to play on his PlayStation with his friends and family again. But his hospital’s spinal unit introduced him to us, and our team worked with him at home to discover some controller setups that allow him to play games using his chin. Callum’s just one of the hundreds of people of all ages that we’re helping to benefit from the fun and inclusion of video games – and we’re not just doing it so they can pass some time. Helping people with disabilities to play helps them to maintain and create social relationships, it helps keep them mentally alert, it builds confidence, it enables them to compete and it assists with skills development and learning in younger people. This isn’t just about giving people a blast on Call of Duty or DiRT, it’s about giving them a whole new quality of life.

If you can spare one minute then do meet Callum and see how he is now back in the game:

On a day-to-day basis the work of the charity entails doing whatever it takes to get people playing to the best of their abilities. A lot of the people we see have progressive conditions like Muscular Dystrophy, where the body’s muscles weaken over time. So, on an initial visit we might be able to get them back in the game with some foot switches or a chin joystick, but if necessary, we’ll go back again and again to modify the system if and when their condition progresses. There’s some amazing tech out there, but our job is to join the dots by connecting a disabled person’s abilities with the technology in a way that enables them to play the games they love at the highest possible level. This sometimes gets very complicated, combining, for example, voice commands with muscle movement switches and gaze control.

All this intensive support is costly and we don’t charge a penny for our help. But it’s WELL worth it. Last week we received this email from the mother of nine year-old Addison, whose rare condition means, amongst other things, that he has very little dexterity in his hands. Through a personalised setup of buttons and switches, he’s now able to play with his sister for the first time.

“I’ve never seen Addison have so much fun! He’s managing to keep up with his sister and his competitive nature is shining through – no more giving up and getting deflated and frustrated! That in itself is a huge, huge achievement. It’s the longest I’ve ever seen them play together – it’s as if Addison’s new-found gaming skills has brought them closer together – it’s so lovely to see them doing something together on a level playing field.” 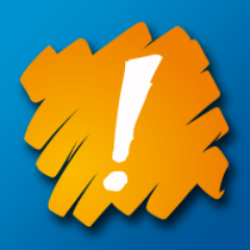 Levelling the playing field for gamers with disabilities!
specialeffect.org.uk

View all posts by Special Effect