A big part of my job on DiRT for the last year has been working out how you’ll compete against other players. Rally presents an interesting challenge for multiplayer in a video game. In a real life rally, every entrant to a stage starts at a different time, and will rarely see any other cars on stage. If we recreated this exact scenario in our game, it would mean that in an event with several players, there would be a lot of sitting around at the start line in a queue of cars, waiting for your stage to begin. Once you reach your slot in the running order, you spend 5 – 10 minutes out on stage, without any interaction with anyone else. Then, when you return to the Service Area and get your time, you find out where you stand.

That’s a lot of sitting around not playing the game without any real benefit.

Our suite of Online Events allows players to complete rallies without the need for other players to be active in the event at the same time. At the end of the event, we take a snapshot of the leaderboard, and split it into three tiers. The top tier is the most lucrative, with diminishing rewards as you move down the leaderboard.

This means thousands of players can all compete in the same event, without the need for matchmaking or sitting around waiting in lobbies.

The Daily Event is a pure test of skill. Everyone races in the same car, with the same upgrades, on the same stage, in the same weather conditions. Everyone gets one attempt. If you stack it into a tree in Wales, or fall off the cliff side at Monte Carlo, you won’t get another chance. When you see a time on the leaderboard for the Daily, you know that player had the mettle to finish first time. The risk is…do you push it to be competitive, or play it safe and make sure you finish?

While other events require you to own an eligible vehicle, the Daily lets you drive the car for free. Think of it as a test drive, our gift to you to showcase each car in the game.

The stages on Friday, Saturday and Sunday will all be longer than those that you’ll play on a school night. If you’ve got a little bit more time on your hands, you should be able to handle that little bit of extra pressure.

Look out for specially themed DiRT Daily events over the coming months!

The Weekly Event is four stages long and you’ll need to bring your own car to this one. Each week will bring a different entry restriction; our first ever week was 1970s vehicles, so the Ford Escort MK2, Fiat 131 Abarth and Lancia Stratos were all eligible. Week two of Early Access requires you to own any Lancia car. You can check how well you’re doing by signing into dirtgame.com, and be sure to follow us on Twitter for the occasional reminder.

The Monthly Event is the ultimate test of your driving and team management abilities. You’ll need to complete 24 stages across every location in the game, with services every two stages for repairs and tuning tweaks. You’ll move between locations each week, with 6 new stages available in a new country every Monday.

As with any event in DiRT Rally, your vehicle is going to suffer damage. You’ll need your Service Crew to be on top of their game to keep your car on the road and competitive across such a long event. Don’t forget to make sure all of your staff are paid up for the entire event too. You can check contract status on the Team Management screen.

If the Daily Event is a one shot, no restarts, if-you-stack-it-you-stack-it type affair, what about the other events?

Well, you won’t get restarts in Weeklies and Monthlies either. If you have an off, or suffer terminal damage in some other way, your participation in the event is over and you’ll be registered with a DNF on the leaderboard. At this point, you have the option of resetting your event progress and starting again from the first stage. This is done on the Event Details screen, accessed from the Online Events hub in career.

Longer events reap you more rewards, to compensate for the amount of time you’ll spend playing the game. Naturally, performing better compared to the rest of the DiRT community means bigger credits prizes.

It’s been great watching you all get to grips with the Online Events so far, we’re already hard at work expanding it to include our future tracks and game modes including hillclimb and rallycross! To keep up to date with the latest DiRT Rally gossip be sure to follow us on Twitter, Facebook and keep checking back on DiRTgame.com 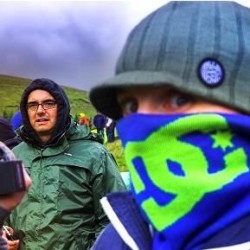