Hello – I’m Craig Taylor and I’m an Experienced Games Designer on DiRT Rally. My main responsibility on the game has been to design and oversee the production of Rallycross – the third discipline to be added to DiRT Rally. My other responsibilities revolve around the cars and their associated content, which means that I do things such as define the liveries, set up the upgrade unlocks, balance vehicle repairs, etc.

Rallycross is a fantastic motorsport and is immensely popular, so I was really keen to do it justice in our game. As with the Rally and Hillclimb disciplines, we wanted to use DiRT Rally as an opportunity to create the most authentic  recreation of the sport that we’ve ever done, so we started by partnering with the FIA World Rallycross Championship. With this partnership in place, we set about translating all of the elements that make up the sport into our game; the mighty World Rallycross Supercars, the epic 6-a-breast starts, the game-changing Joker laps and most crucially, the full FIA World Rallycross event structure (Qualifying Heats, Semi Finals and the Final).

Let’s take a look at how it all works.

Rallycross races are short in duration (4-6 laps) and feature up to 6 cars on track at once. The grid is arranged in either a single row or in a tight-knit 2-2-2 formation and the starts feature an epic rush to the first turn. Races are rough – don’t be surprised to get a nudge from your competitors, and don’t be afraid to give one back either.

There’s also a unique tactical element – the Joker lap. The Joker is an additional section of the track (usually a loose surface) that takes slightly longer to negotiate than the main lap. Each driver must pass through it at least once per race but when they take it is up to them, opening up lots of strategic possibilities. A good Joker strategy is often the key to winning a race.

With all of that going on you’d be forgiven for thinking there’s too much to remember, but you’re not alone; you’ll have your trusty Spotter keeping an eye out to advise on when to take the Joker, what your competitors are doing, warn you when there’s an accident ahead and spot any damage you may be carrying.

A Rallycross event features 16 entrants who take part in up to 6 races each and begins with the Qualifying Heats. For the first heat, the entrants are split into 4 groups of 4 who take part in their own races. After all groups have raced, the race times of all 16 drivers are compiled into a results table and are awarded Heat Points, with the fastest driver scoring the most points. The groups for the second, third and fourth heats are determined by these points (Top 4 in Group A, next 4 in Group B etc) and the top 12 point scorers after all 4 heats will progress to two 6-car semi finals.

From this point forward, the races become all about track position, so surviving the starts, negotiating traffic and getting your Joker-strategy right all become the key to your success. The top 3 placed drivers from each semi final will progress to the final, where they’ll do battle to be crowned the winner of the event. 1st – 6th position in the Event Standings are based on the results of the Final, and 7th onwards is based on the Heat Points. Championship Points are awarded to all drivers based on their position in the Event Standings.

As with Rally and Hillclimb, you’ll be able to race Rallycross in Championships mode. To earn an invite to the FIA World Rally Championship, you’ll have to progress through the lower tiers first, but if you fancy giving Andreas Bakkerud and co a run for their money earlier than that, we give you the option to do so in Custom Event. We’ll also be running Online Events, so keep an eye out for those.

Since we started building the mode, the racing in the studio has been fantastic and I cannot wait for release day so that you can try it for yourselves. This is just the start too, as in a future update we’ll be adding more cars & drivers, a new track and opening up the multiplayer lobby for the first time in DiRT Rally, allowing you to compete in Rallycross races online against your friends. 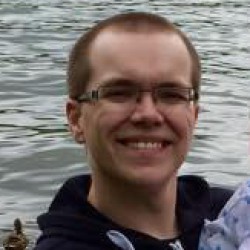 View all posts by Craig Taylor