Welcome to another DiRTy Road Book! And welcome to our brand new players who’ve joined us over the past couple of weeks – apparently, we hear there’s been quite a few of you. :) It’s a jungle out there, so congratulations for joining the best gang of the lot. Get yourself out of the service area and into the game!

Since we’ve introduced VAC ban support, we’ve had a lot of questions from you all about what will or won’t trigger a ban. It’s hard to be too specific about what will be banned – because ultimately, we don’t want to give any pointers to any cheaters as to what they should avoid using – but we understand that there are some mods people like to use to personalise their experience of the game..

Because of this, we’re happy to clarify that mods that don’t affect the core gameplay mechanisms of DiRT Rally – such as livery and replay camera mods – won’t result in a ban. However, what will be banned is essentially everything that threatens the integrity of the game (and particularly, the level playing-ground of the leaderboards). Again, we don’t want to sign-post what to avoid for those who take a more dishonest approach to the game – but it’s safe to say that we’ll be clamping down on an array of mods and trainers, including the most high profile ones.

We’ve also had a fair amount of questions about how VAC banning will work with tools like ReVive. While we’d have to ask Valve to be 100% sure, we have the ability to essentially curate what will trigger bans – so as long as we don’t add ReVive to the naughty list, you can continue playing using this without any adverse effects.

Our work on VAC banning won’t stop here – the list of banned hacks and trainers will also evolve over time to take into account new tools which pop up to ruin everyone’s fun too.

And finally, on the list of banned stuff: to keep cheaters on their toes as much as possible, we’ll be keeping a close eye on discussions around what will and won’t be banned. If we see specific things called out that could be helpful to someone trying to gain an unfair advantage over other competitors, then to be on the safe side, we might remove these threads and comments. Just a heads up.

We’re super lucky to have some real-life rally drivers in our DiRT Rally community, and it’s awesome to see them swap their rigs for the real thing. As we mentioned in the last Road Book update, Luke Harvey – aka @rallycameraman – tore up the tarmac at Rallyday a weekend or two ago. You can take a look at how he got on right here – Luke appears from 1:43 onwards:

And Luke wasn’t the only community member at the helm of a real-life rally car either! Forum favourite Benniz took on Rally Hedemarken, and last week got round to putting the highlights on Youtube. Complete with incredibly detailed and hilarious subtitles, you can check out what they got up to here:

We have a new hero in town. His name is @ciscoza, and he rose like a king to the IGN VR Racing challenge. Just in case you’ve not seen it yet, you can watch hilarity (and heroism) unfold below.

It’s safe to say that Cisco was the white knight of the lot – and because of his valiant efforts, he’s been officially knighted as a DiRT VIP. Keep an eye out for him on the Steam leaderboards! We’re just amazed he was able to talk through what was going on at the same time, without putting a food wrong. Multitasking legend.

Over to the studio

The studio are very busy at the moment, so they’ve asked me to send their love.

And they’re not just busy eating teacakes. Or Yorkie bars.

They also said ‘see you soon’… and not just for a game of ping-pong.

And then something about invites.

Exactly what it says on the tin! A sample of our favourite tweets of the week. Not sure how the top one snuck in there, but you’re welcome to take a look. ;)

Psst. We’ve been nominated for @TIGAMovement‘s Game of the Year Award! If you want to vote for us, please do. ;) https://t.co/xA0P30fTjJ pic.twitter.com/eHekZrifkh

@dirtgame
Brakes are red..
Co-Driver is blue..
Foot to the floor..
We’ll make it through.

Didn’t think I’d ever enjoy another rally game as much as I did CMR. But @Codemasters is back! @dirtgame is amazing!

@dirtgame I have to tell you: Dirt Rally is the best and most fun game I’ve ever played. — John Khodai (@JohnKhodai) October 1, 2016

@dirtgame @Codemasters I can highly recommended it to anyone that’s sat on the fence ? a brilliant experience ?

Finland in @dirtgame usually ends up like this with a damaged radiator pic.twitter.com/IQJAxvRJep — Kieran Poole (@KOPoole) September 27, 2016

The honour has to go to B. Costa on Steam, for this mean-looking Scooby looking ready to tear chunks out of the tarmac in Finland. 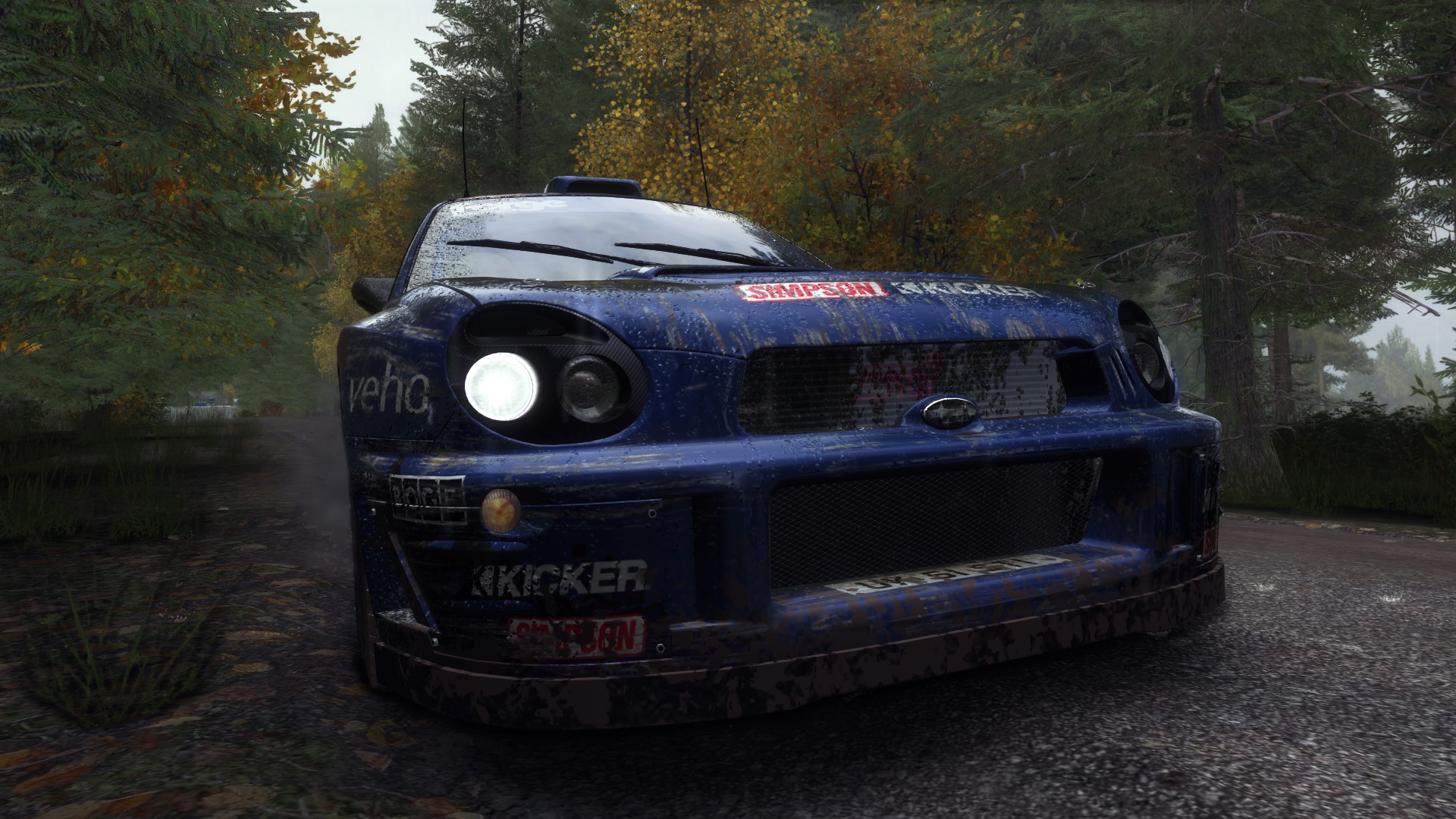 It has to be this blistering VR run in Germany. The sense of speed is absolutely nuts – it’s just sensational stuff from gorgosanma on Youtube:

That’s everything from us for now! Keep doing your Dailies and we’ll chat up with you in a few weeks’ time. ;)