All good friendships should start with a ‘hello’ and a brief 100 or so word introduction, preferably on a Friday afternoon.

Well hello there all, it is me your new friendly Community and Social Manager, Carla. It’s been a bit of a whirlwind since I started last week with so much to learn and a hell of a lot to get involved in. I suppose it goes without saying that I’m a huge petrolhead and always have been. Karts, motorbikes, WRC, F1…hell even lawnmower racing gets me excited.
As an avid player of the DiRT games along with some other racing titles we won’t name, I’d say I’m a stickler for a good bit of virtual competition too.

Over the coming months you can expect to see me popping up more on the forums and in the DiRT social channels, you might even catch me on the next DiRT Show..!

But that’s enough about me. Let’s get onto the game.

Update From The Studio

Awesome, thanks Carla and welcome to the DiRT Team!

This week we have been hard at work in a number of areas and we are starting to get a good feel for how v0.9 is looking. For starters the Simulation team have been putting the finishing touches on the new cars that we will be adding to the pack and they are feeling great. I’ll let you know nearer the time what the specifics are but suffice to say they are great fun to throw around our stages. We’ve also been getting the v.2 handling added to the Group B cars. They are proving to be a real handful but they are Group B cars and I think it’s safe to say that they were pretty challenging back in the day. We’ve already started to look at the Group A cars and should be getting them completed over the next week or so. On top of that there are also some super secret cars that we have started to look at, right now they are very much in the prototype phase but I’ll hopefully have something more to say about them later on in the year.

As for the new features we’ve got some Steam Workshop stuff that I’ll talk more about in the coming weeks and we are also looking into allowing Seat Adjustment on a per car basis and freeing up the rotation of the steering wheel  to reflect what you are doing in real life when the driver arms are not visible. Again, these are features that you guys have been asking for so I hope that when you get to try them they meet with your expectations.

I’m a big fan of featuring fan screenshots that really grasp the essence of the game. This rear pic of the Focus being completely on it in the corners is just ace, plus it’s quite an accurate interpretation of people leaving work on a Friday! Source: User –  outdrive on the Steam DiRT Community.

Over and Out…For Today

I’m looking at including more fan made content in these posts, so keep an eye on the forums and social channels. Videos, screenshots, tweets and advice are all welcome. Also, do you race rally cars in real life as a hobby? I’ll be coming for you!

Until then, I look forward to a long and happy DiRT filled relationship with all of y’all. 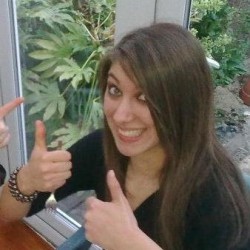 Cats are my spirit animal. I write stuff. Mad about cars. I occasionally ride a motorbike.

View all posts by Carla Wellings