It’s essentially the last day for everyone to work on their GameJam projects, and things may get hectic over the course the next few hours. I’ve been chipping away at my game, Sleepless Knights, since Monday morning and thankfully it all seems to have gone smoothly so far, but there isn’t much time left to fix issues and add polish so it’s going to be a tense evening.

I chose to focus on the theme presented by the Wellcome Trust and build a game with elements of fatigue, sleep and sleep cycles.

Sleepless Knights is a 2D tower defence game for four players, who must team up to protect a wizard from endless waves of enemies. I chose to focus on the theme presented by the Wellcome Trust and build a game with elements of fatigue, sleep and sleep cycles. Everything the player does affects their energy levels, so if the player swings a sword, their energy level drops quicker than if they are just walking. Eventually, when the player’s energy hits zero, they fall asleep. The player can wake up if they are sleeping, but above 50% energy, but with reduced energy. As time passes, everyone’s sleep cycles are out of sync, so it becomes important to protect sleeping players, as sleeping players cannot move or attack.

I’ve been using YoYo Games’ Gamemaker to create this by myself, and found it to be a challenging but immensely rewarding experience. Gamemaker is great for things like this, so I can recommend it whole heartedly if you’re interested in game development. Even though I’m no expert at it, I’ve been able to create something close to what I had designed last week, although my design may have been too ambitious (I originally planned to have multiple weapons, armours, and many more enemies than I currently have). I also wanted to see how much I could accomplish in four days by myself. I have had to cut things I thought I could do, but also managed to make things I wouldn’t have been able to last week, so a lot has been learned in a short span of time.

Four days to make a game on your own is a bit daunting, and I believe I was a bit overambitious in my expectations of what I could do (resulting in me deciding to cut several things at the end of yesterday). I’m no programmer, artist, or audio designer so the polish is a bit thin in most areas, but I’m satisfied that it doesn’t harm the gameplay.

As it is at the moment the game is quite fun to play, but it really needs a pass to fix some irritating bugs and to balance the gameplay more. For the rest of the day I’ll be working on this and implementing a leaderboard system, so the game should feel a bit more competitive as well as co-op.

I’m looking forward to showing this to the GameJam panel tomorrow, where we all get to see what we’ve been working on. I’m happy with what I’ve managed to get done, although it is far, far from perfect but I hope that people enjoy playing it as much as I did making it! 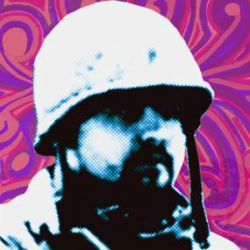 View all posts by Jack Bognar