The hard truth about game development is that you’re almost never going to be able to make exactly the game you want to. Even when the scope is small, time or technology restraints will usually mean that some compromises are going to have to be made. On the fourth and final day of our winter Game Jam, the Unagi dojo is feeling these pressures.

we had to make the decision to rework our design into something a little less… finicky.

When I wrote our first entry, we were just about to prototype some of the systems that had been designed to determine whether we were going to continue to use them going forward, or if we would have to rethink our direction, and in the end it turned out that we would indeed have to change our original design. In part this was due to a limitation in the peripheral we are using to monitor brain activity – it wasn’t registering a player input with the consistency we would require to push ahead with our mechanic; sometimes too sensitive, sometimes not sensitive enough. Given enough time we could have probably improved this, but when you only have four days, two of which have already vanished in order to build the prototypes, we had to make the decision to rework our design into something a little less… finicky. That’s an industry approved technical term by the way.

As tomorrow’s deadline looms Pete, our programmer, is working hard at bug fixing and making sure all the core elements of the game are present and functional in the build. Our team of great artists are close to finishing the major assets, which will completely transform the look of the game as they are brought in to replace the placeholders that we currently have, and the audio effects that are already in place sound really strong.

To wrap up our GameJam week here is a look at Unagi in action. https://t.co/39eDbnHS0u

This has been my first Game Jam since joining the racing studio, so now it’s drawing to a close it is time to reflect on what can be taken away from the experience of working on Unagi. Firstly, it’s been a good opportunity to work with new people and gain a better understanding of what their day to day work entails. It also allowed all of us in the team to be involved in high level discussions and planning for the project, each with our specialties but also each with an equal say in terms of the direction we took with our designs. As it became apparent that we wouldn’t have the time or technological capability to do everything we wanted, we made smart decisions to maintain a powerful experience even as art, audio and entire game mechanics littered the cutting room floor.

From all of us at the Unagi dojo, we wish you a merry Christmas, a happy New Year, and inner peace through the mastery of Unagi! 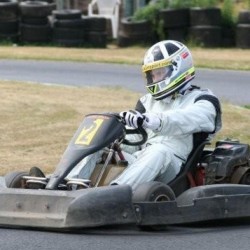 Luke is a Car Handling designer and has been at Codemasters since 2013, he's also the resident obscure anime enthusiast.

View all posts by Luke Stephenson