The Damage of GRID Autosport

With GRID Autosport going for a more authentic feel, we’ve added several new features to our mechanical damage, as well as improving existing features. As a result of this, the impact of mechanical damage in the game is much more severe than in previous GRID titles and will change your strategy when it comes to racing.

Motorsport puts tremendous stresses on cars, so wear and tear is a new feature that we’ve introduced for GRID Autosport – as you race over time, various parts will gradually lose performance through general use.

…over-revving and shifting at the wrong time, (primarily in manual gears), will cause the gearbox to accrue damage

For instance, gearbox damage will build up every time you change gear, while over-revving and shifting at the wrong time, (primarily in manual gears), will cause the gearbox to accrue damage more quickly.  Once the gearbox is damaged, shift times will start to increase and a failure to address your driving style will cause a damaged gearbox to eventually start to skip gears.

Brakes will also be affected. Repetitive high speed, late braking will eventually cause your brakes to fade quicker than if you use a more gradual approach.

Our collision based damage model only affects the areas of the car that are damaged through collisions with other cars and objects.  By the very nature of these collisions, the results are also much more severe and will hamper the performance of the car significantly.

Collision based damage can be broken down into three main areas.

Damage to the wheels will cause the steering to become misaligned and as a result will make the car pull to the side.  While you’ll be able to feel the car’s steering being affected, you’ll also be able to see the wheels buckle visually.  Furthermore, with enough damage the tyres will eventually puncture, which will then lead to a tyre blowout.

There are 4 components to engine damage;

Engine damage is also linked to both your acceleration and top speed. Performance is linked to any damage made to the engine components.  Damage to the engine will also change the sound it produces, and in some cases you’ll begin to notice smoke emanating from under the bonnet.

As the player damages their suspension the car will become less precise and visually the car will exhibit a lot more roll.  The damage towards suspension will also affect the car’s springs and damper values.

Suspension damage is a brand new feature for GRID Autosport and we’re looking forward to seeing it in action once the game launches this summer.

A lot of the improvements to our damage model have come direct from our Community’s suggestions with one example of this being the OSD. It’s now much more detailed and contains the condition of all the major areas of the car which change colour based on the amount of damage received.

A key new feature we have added is the Team Radio system; at any point during a race you can now request information from your engineer at the touch of a button. This means you can pay full attention to the action on track but still have easy access to standings and car health updates as and when you want it.

There’s plenty more nuance to our damage model and feedback – we think both add a lot more depth for players who want that more authentic racing experience. If you have any comments, join in the discussion over on the forums or track us down on Facebook and Twitter. 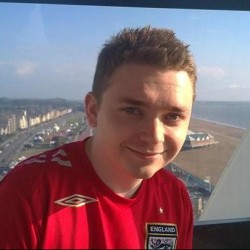 View all posts by James Conway