The stifling heat, the shuddering vibrations, the smell of burnt rubber, the deafening roar of the engines; and of course, the earth-shattering acceleration.

At the pinnacle of GRID Autosport’s drag racing are the mighty “Funny Cars”, so-called because there is nothing normal about them. The experience of driving one is like an all-out assault on the senses, as drivers try to wrestle eight thousand horsepower into submission as they are propelled at speeds in excess of three hundred miles per hour. That’s fast enough to cover a quarter-mile in less than 4 seconds.

Let’s take a moment to consider how monstrously powerful these cars are. With a bellow of fire and smoke, zero to one hundred miles per hour is dealt with in less than a second, during a stage when the engine is artificially restricted to prevent the driveshaft from shattering, and the tyres from being shredded. At two seconds into the run, the car easily surpasses two hundred miles per hour and is still accelerating at five g’s – the engine power is ramped up to maximum, and it’s consuming roughly one and a half gallons of fuel every second.

After three seconds, the clutch plates are experiencing such incredible temperatures that they begin to weld themselves together. At four seconds in, the car is travelling at nearly five hundred feet per second (over three hundred miles per hour), and the extreme duress on the engine finally comes to an end – most of the spark plugs will have been incinerated, so the cylinders either stop firing, or the fuel spontaneously flash-combusts!

At first glance, it might look easy to drive fast in a straight line; but in reality there is more to drag racing than meets the eye. These cars are beasts waiting to be tamed, where a small over-correction could send them careening into a wall, or a late gear change could result in engine damage.

Even with slower cars, there are different strategies to consider, and a psychological stakeout between you and your opponent. Finally, no matter how good your car is; the key to success hinges around how good your reaction times are.

Before a drag race can begin, the drivers have a limited amount of time to get in position. This process is called “staging”, and it can be tricky to get right, so here’s a handy guide to explain how it works.

By edging forwards a few more inches your tyre will break the second light beam as well, called the “stage beam”. The stage beam is represented by a red line on the OSD, and when triggered, the second set of lights will illuminate on the Tree. At this point, you can choose to stop moving forwards to indicate that you are ready to race. Being first to complete staging applies pressure to your opponent, as the time limit to get in position is reduced to just a few seconds when one of the drivers is fully staged.

Once you’ve got to grips with the basics of drag racing, it’s time to explore some of the more advanced mechanics at play.

In drag racing, your time to reach the finish line (Pass Time) is added to the time it took you to clear the stage beam (Reaction Time) after the green light came on. Achieving a fast Reaction time is crucial if you want to win. Let’s consider how the position of your vehicle during staging might affect your Pass Times and Reaction Times…

What’s in the Drag pack?

When does it Release?

Please note, the Steam release will take place on Tuesday 14th October and will be available globally. 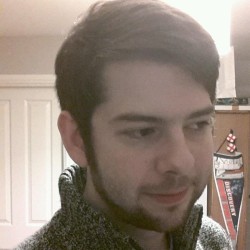 The red ones go faster.

View all posts by Matt Pickering