The Tasty Tracks of Toybox Turbos

Our creative direction for the Toybox Turbos level design was to evoke the feeling of a made-up racing track as built by a kid with whatever objects they could find around them. To the boundless imagination of a child, it doesn’t really matter what objects they have – it’s all about what they can be.  So we started by mixing up toys with instantly identifiable objects and environments from a child’s everyday surroundings – kitchen tables, school classrooms and the like.

As we started down this road, we did run into a couple of issues! Firstly, by including an improvised toy like a crude spaceship made from a cardboard box, it became apparent that from the perspective of the game camera it could be difficult to work out what the box was actually intended to be. That’s obviously a problem! Secondly, and perhaps more importantly, putting a mishmash of toys into each level tended to dilute the track’s identity, its unique feel. So we took the decision to create a collection of tracks for each environment, with each circuit based around a standout feature or theme. Toys, for example, would be reserved for the playroom environment. In some cases we decided to relax the links to reality slightly; obviously children shouldn’t be playing near a gas hob or spinning electric mixer (don’t try this at home kids!) but these objects bring strong interactive fun elements to the game, and interactive fun is what we’re all about.

We wanted the routes in Toybox Turbos to feel fairly freeform in nature yet still provide enough feedback to the player so that they can be easily raced around without getting lost. With this in mind we always sought to have at least one track edge visible to the player at all times. Certain objects were used on the approach to our corners and shortcut splits to help the player intuitively work out where to go on the track in the heat of a frantic race. To give each track a dynamic feel, we marked out corners and critical track edges with fun physical objects such as pieces of a breakfast cereal, paper clips or sweets.

We initially wanted to avoid using static track markings around the circuit to reinforce the idea that a child had improvised the entire layout. But we quickly realised that players were having trouble reading oncoming corners, as the cars ahead of them had scattered these movable physical objects away from the corner. We ran some focus test sessions featuring a variety of track-marking methods and decided that we needed to include some static track markings which could make the circuits more readable, without taking away from overall vision and fun of the environment’s design. The readability of corners was further improved with the placement of coin pick-ups to help guide the player around the course.  This has helped us create tracks and environments that feel playful, improvised and freeform but work from a racing perspective too, bringing gameplay and design together.

A final point to call out is the varying elevation of the spaces that we’ve put into our tracks. It might be an obvious point but it’s worth highlighting – a slight transition in elevation changes the feel of the track massively. It immediately adds interest to the environment, even if the basic footprint of the track was a good route to race in the first place. Add in a drop or a jump, and even if it’s relatively safe, it feels infinitely more exciting – from the anticipation of the jump and lining up for it, to the time spent in mid air jostling for position and the landing itself. And let’s face it, toys flying through the air is just cool.

We’ve had a lot of fun designing each of the 18 circuits in the game and we hope you’ve enjoyed reading about some of the challenges and choices we’ve made along the way.

Don’t forget, we want to hear from you if you’re a YouTuber, blogger, podcaster or livestreamer. Signing up to The List gets you all the news, screenshots, press releases, factsheets and more sent directly to your inbox. So if you love talking about our games with your fans you can sign up right here. 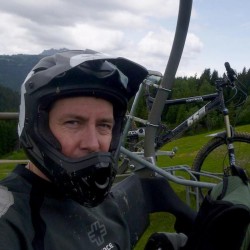 View all posts by Colin Nicholls