Ok, I’m going to show my age here, but I’m privileged enough (or old enough!) to have enjoyed playing video games for over twenty years, and some of my favourite memories in multiplayer gaming was when everyone playing together around a single screen with four (or more) controllers plugged into the same console. Today, online multiplayer really is the dominant force in social gaming, so I’m aware that this might sound a bit archaic to some. But the thing about playing shoulder-to-shoulder with your friends is that the dynamic completely changes. It’s more communal and informal. That’s my designer side coming out, but basically it’s generally more fun*.

However, there’s been a bit of a renaissance with single-screen multiplayer games recently which I think is most welcome, and the current office favourite is Samurai Gunn, (you should definitely check it out). This comeback is something I’ve coined as “couch-based competitive multiplayer”, or C.B.C.M. for short.

C.B.C.M. is something that many of us “vintage gamers” remember well, and I’ve created a few principles which I think all the best single-screen multiplayer games do, and do brilliantly. These principles also run through the heart of Toybox Turbos’ multiplayer game design, so without further ado… let me present…

When everyone is in the same room, certain aspects of the multiplayer experience are fundamentally changed. Firstly, you can now make eye contact with who you’re playing with. That tangible feel of giving someone a cheeky, knowing smile after ramming them off a narrow bridge to deny them victory is undeniably fantastic. Secondly, you’ll remember those rivalries far more. Deliberately firing a heat-seeker missile at your friend and denying them the win, just because they previously rammed you off a narrow bridge, is even better when you can observe their grimace during the aftermath. Yes it’s petty. But it’s funny. And it’s always funnier when your victim is right there next to you.

Toybox Turbos’ design mantra was to create the ultimate single-screen couch-based competitive multiplayer racing game. Well, we like lofty goals! Every design decision we took was taken within this context. We have short, simple and easy-to-remember tracks. We have weapons that allow following players to disrupt those in the lead, setting them on fire, or latching onto them using an oversized electromagnet. We have simple, easy-to-learn controls. Everything was created to get the player straight into the action with the minimum of fuss so they can enjoy the competition with their friends as quickly as possible.

Of course, we couldn’t and wouldn’t ignore the fact that today most gamers play their multiplayer games across the internet. That’s why we’ve gone to great lengths to integrate local and online multiplayer into one seamless package! Only have one friend who’s popped over with a spare controller, with two others playing miles across the country? No worries, you can play with two local players, pads plugged into the same console, and connect to your other friends via Xbox Live, PSN or Steam, to get all four people enjoying the game together. And of course, can just play online too – but we reckon it’s even more fun if you’ve got a friend next to you to taunt as you race!

We hope you’ve enjoyed reading some of the ideas that have gone into our multiplayer design, and we hope you enjoy getting one over on your friends, or maybe even playing us online, when Toybox Turbos is out in the wild next week!

*in my humble, personal, experience of course. 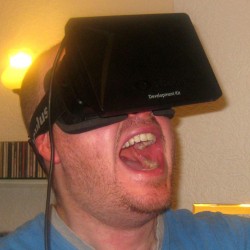 View all posts by Tom Goodchild