Diving into the VR world of Toybox Turbos with Oculus Rift

Virtual reality is something we’ve been getting quietly giddy about at Codemasters for a while now. Aside from the fact that we count a lot of very geeky gamers amongst ourselves – the kind of people who would (and did!) spend their own money on Oculus Kickstarter kits – we’re also excited about seeing more and more people beginning to explore what can be done with this type of technology.

With our console heritage we’re obviously keen to see Sony enter the fold, and with console-quality games like our own F1 Race Stars on mobile, we’re also interested in seeing virtual reality experiences coming to those devices through the Samsung Gear VR.

As a company, GRID Autosport saw our first steps into VR with a patch that added some experimental Oculus Rift support, which you can read about here.   Feedback from that was great, and so with Toybox Turbos, adding VR support at the earliest opportunity seemed like a no-brainer! It’s a great fit for the game, and a fantastic opportunity for our team to learn about developing these kinds of experiences in the context of a full game with full support, rather than an experimental demo.

Getting the game up and running on the Oculus Rift was reasonably straightforward. But, that was really only the first step. Getting it to be a fun, engaging experience was a whole other problem.

The first issue we ran into was motion sickness and some people feeling a bit queasy. Our initial implementation was still tied to the game’s default camera, which follows the cars around the track… and also swings around, changing the direction it’s looking in to give players good visibility of the track ahead of them. Unfortunately, it turns out this makes you feel awful. If you turn your head and your view turns with it, it feels natural. Your brain accepts it. But if the game starts turning the camera, yet your inner ear isn’t detecting any movement on your part, the disparity can start to make you feel ill – not unlike seasickness. That’s not good.

So we stripped the camera right back. Most of the fancy tricks we’d put in for the console/PC camera to give players the best view of the world were pulled out. And what we were left with was a camera that gently panned left/right/forwards/back, but left all the orientation to the player.

This was the point at which we realised we had something a little bit special. With the camera no longer fighting the player’s own movements, they could enjoy just looking around the scene. And it was a beautiful scene. The layout of the world, the player’s perspective of it, looking down upon all the toys laid out beneath them… it genuinely felt like being a kid again, playing with these toy cars on your bedroom floor, feeling them come alive. The VR perspective wasn’t just working within the game, it was actively complementing it – it was a great natural fit.

We’ve had people using the headset stop racing partway through and just look around, losing themselves in it. The view you have in VR is unlike what you’ve seen in Toybox Turbos up to this point. Being able to look out across the entire track and seeing, for instance, toy trains circling around their tracks in the distance… it’s a real wow moment.

We actively decided against any kind of cockpit cam. I think for most racing games – games that try to recreate your real-world experience of driving a car – a cockpit perspective is a natural fit, because it speaks to the game’s core purpose, to make you feel like the driver. It works brilliantly in GRID Autosport.  But we had the opportunity with Toybox Turbos to do something different and play to the core of our experience… which is to make you feel like a kid again.

And seeing the reaction of real people in that headset, I’m happy we’ve succeeded. We hope you enjoy it – and let us know what you think! 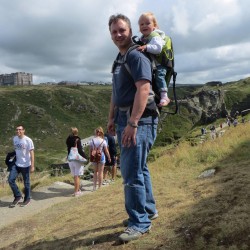 View all posts by Gavin Cooper